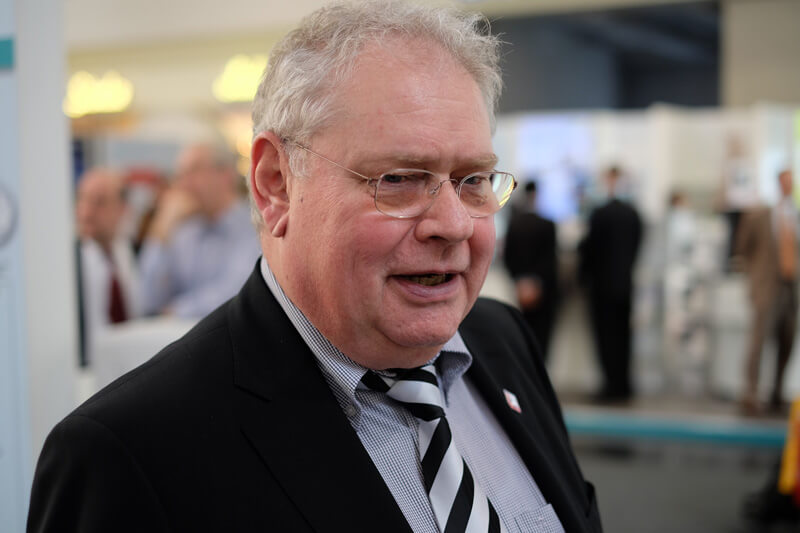 On May 13, 2021, our friend, colleague and partner Peter Schnautz, company co-founder and long-standing executive director of the company InoTec GmbH Organisationssysteme, died unexpectedly at the age of 64. Peter’s much too early death represents an inestimable and painful loss. First of all for his family, to which we wish to express our deepest sympathy. Then for those of us who worked closely together with him and were privileged to experience his enthusiasm and his creativity at first hand and on a daily basis. But also for the entire ECM and DMS branch which Peter participated in significantly shaping for decades: always with assertiveness, responsibility and foresight. And often with visionary results. With a consistent focus on the task at hand while still retaining a view of the big picture and cordial in his personal relationships – this was how we and many of our employees, business partners and market participants got to know and appreciate Peter.

Peter Schnautz was familiar with the market of electronic document processing like hardly anyone else. Very early on he devoted himself to the area of microfilming in which, directly after his academic studies, he found his professional home. It was here in the Eighties that Peter came into contact with the first scanning systems which at that time were little more than rebuilt microfilm machines and in the early years elicited only slight enthusiasm on the market.

But Peter recognized the potential of an independent scanning solution. Together with his colleagues Jürgen Kaus, Friedhelm Schmidt and Klaus Atzbach (†), he founded InoTec GmbH Organisationssysteme in 1992 in Wetzlar and shortly after that he presented the first high-performance scanner: the SCAMAX 5000, at that time a technological global innovation. Many more such innovations were to follow. And thus, Peter with InoTec developed among others the first mid-volume color document scanner in the world and also brought the world’s first document scanner with integrated touch-screen control panel on the market. Further innovations were the first scanner series that could be upgraded, the worldwide fastest hybrid system for the simultaneous scanning and filming of documents as well as the world’s first production scanner with a network interface.
Future-oriented and farsighted, Peter was not only active in the development of technology but also in corporate management. He maintained an open and critical dialog with management, employees and marketing partners, cultivated personal customer contacts and never shied away from seeking and accepting competent assistance whenever it was necessary. True to the motto: “Don’t make things good by yourself, but make them better together with others”.
Peter thus developed InoTec from a four-man company to a mid-sized world market leader in a particular niche and saw his scanners evolve to the most powerful and longest-lasting on the market.

Promoter of the ECM and DMS branch

But it was not only in his company that Peter invested his time, his energy, his very heart and soul. With great commitment, he also promoted the development of the German and of the international DMS and ECM branch: as long-standing board member, deputy chairman and member of the advisory board of the Association of Optical Information Systems e.V.; as persevering supporter and dedicated committee member of the DMS Expo trade show and the CeBIT in Hanover; and as the first German businessman who, with his company, joined the TWAIN Working Group, an international non-profit organization that supports an open standard for document scanning systems.
In all of this, Peter lived the network concept. He brought people together, cultivated relationships and thus sowed the seeds for numerous productive cooperative projects and business connections. He thereby gained the reputation of being a reliable business partner at all times. Peter was a man of clear words who stood up for his opinion even when he knew that he would attract attention or irritate someone at one point or another. It was never his goal to please or oblige but rather to steer things in the right direction by frankly pointing out chances, risks or irregularities. That lent him the distinction of being a very respected opinion maker in the branch. But above all, of being a man highly esteemed by all.

Sustainable out of conviction

As early as the founding of his company, Peter abided by the principle of genuine sustainability. He was firmly convinced that economic activity that is conscientiously ecological as well as socially responsible and business success not only can go hand in hand but they must. Producing exclusively in Germany, where very stringent environmental regulations and high social standards prevailed, was always a matter of course for him and not negotiable. He attached great importance to designing scanners so that they would be in use for a long time, consume little energy and be disposed of in an environmentally compatible manner. And he assumed responsibility for his company and his employees as well as for the environment and society. He never regarded environmental and occupational safety regulations as a form of dictation but rather as a chance and moral obligation. He implemented them consistently and was thus a pioneer of the ecological and economic transformation long before it was to be found as a compulsory slogan in corporate profiles.

Those who were permitted by Peter Schnautz to obtain a quick glimpse behind his sometimes rugged outer shell recognized in him a politically and socially committed person. A personality ready at all times to express his opinion forcefully, to defend it and to back up his words with deeds. And a man with a big heart and a great deal of empathy for those who existed on the dark side of life, who enjoyed giving and readily supported social projects and institutions.

Peter, you made more of an impact than you perhaps realized. We will remember you, your straightforwardness, your generosity and your kindness. Thank you for the time that we spent with you. We will miss you!

Production Scanners Made in Germany